The Oraon is an agrarian tribe of Odisha. As per their legend, they got originated from the thorax, uras or ur of a holy ascetic and thus were called as Urager. Later they were known as Oraon for their unclean food habits. They live in multiethnic villages and have scattered settlement pattern. Their houses are spacious having verandah at the front and back and an outer courtyard. The tribe comprises of several exogamous clans (Bargas) viz. Tirki, Lakda, Topo, Khalko, Minz. Barla etc. named after totemic plants, animals and objects. They practise adult, monogamous and negotiated marriages. They have preference for cross cousin marriage. Levirate and sororate marriages are also in vogue. Bride price is prevalent. The Oraon observe purificatory rites, chhati, on the tenth day of child birth. They either bury or cremate to dipose of their dead depending upon the nature of death. The bereaved men and women purify themselves by undergoing a treatment of smoke prepared by burning rice barn and sprinkling a mixture of turmeric water and oil onto them. On an appointed day the bones of all the deceased villagers are ritually thrown to a nearby river or stream. Their traditional village council is constituted of the village headman, Mahato, priest, Naega, and the village elders. At the territorial level they have parha organization to settle intervillage disputes. In the recent past some of them have adopted Christianity. 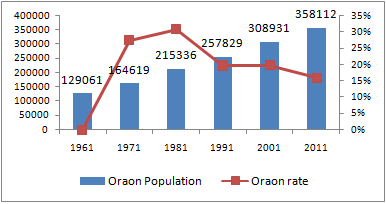 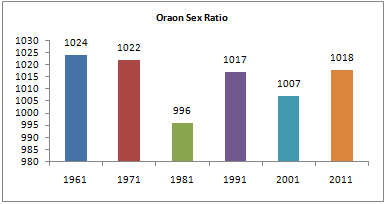 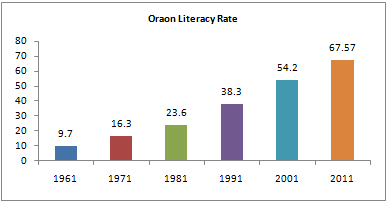