OMANATYA has different nomenclatures such as Amanatha, Omanaito or Omaito. Thurston reported that the community has inherited the synonyms, as its ancestor was Amatya or minister in Royal kingdom of Sri Ram in Ayodhya. The Omanatya settlements are uniclan and homogeneous. In heterogeneous villages they live in separate hamlets. Family is mostly nuclear, patrilocal; patrilineal and patripotestal. A few cases of extended families are found in their society. The community is divided into two endogamous sections i.e. Bado and Sano which again is divided into a number of exogamous totemistic septs viz.-Bagh (Tiger), Nag (Cobra), Kachhap (Tortoise), Sua (Parrot), Kumudu (Pumpkin), Kukur (Dog), Mankar (Monkey), Dudha (milk), Sila (stone), etc. Family is generally monogamous but polygene is not altogether prohibited. Marriage through negotiation is commonly practised. The custom of bride price is prevalent among them which is paid both in cash and kind. Remarriage of widows, widowers, divorcees and junior levirate and sororate are permitted. Cross cousin marriage is prevalent. Other modes of marriages are by service, capture and elopement which are becoming very rare now-a-days. They observe death pollution for ten days and the purificatory rites on the tenth day. The Omanatya community has its own traditional council headed by Kul Naik whose office is hereditary. The regional head is called Naik or Bhat Naik. The other office bearers are Pujari and Dissari, the religious functionaries. Their religion is an amalgamation of Hinduism and animism. They worship their traditional deities like Thakurani, Bhairab, Gram Devti, Istha Devta and Duma Devta and offer animal sacrifices. Besides, they worship many Hindu Gods and Goddesses including Lord Jagannath at Puri They have preserved the rich tradition of their popular folk dance. 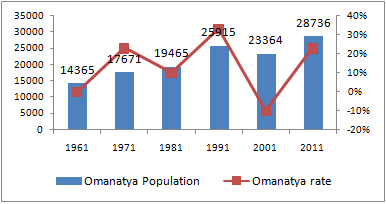 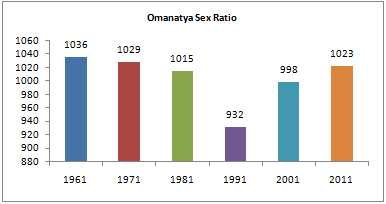 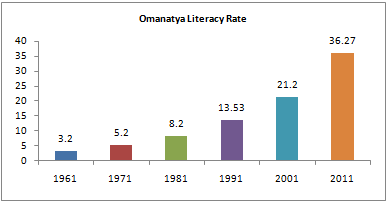