The Mirdhas are a section of Kisan Tribe. The word ‘Mirdha’ implies head coolie. They are a small Dravidian tribe who are known as Kodak in the districts of Angul, Sambalpur and Bolangir in Odisha due to their previous occupation of digging and carrying earth. Mirdhas’ settlements are generally uniclan and homogenous. In multi-ethnic villages they live in separate hamlets. They are an endogamous community. Their family is mostly nuclear, patrilocal, patrilineal and monogamous. Marriage through negotiation is regarded as ideal and prestigious. Bride price is prevalent and cross cousin marriage is preferred. The other modes of marriages are through capture, elopement and by service, which are becoming rare in these days. Remarriage of widows, widowers and divorcees are permitted and junior levirate and junior sororate are also socially permitted. They observe birth pollution for a period of seven days. They also observe puberty rites for an adolescent girl and the pollution period continues for seven days. The community practises both burial and cremation for the dead. They observe death pollution for eleven days. On the twelfth day they observe purificatory rites. Their traditional community priest Kalo officiates in the rituals and Brahmin priest worships the deities. The community has its own traditional council known as Jati Samaj headed by a Sardar or Kotwar whose office is hereditary. 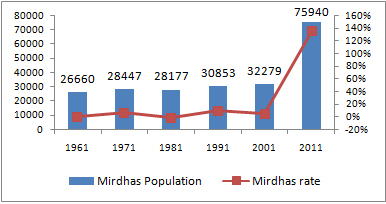 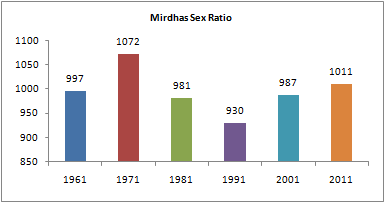 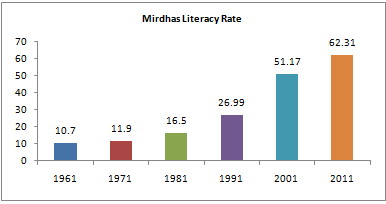