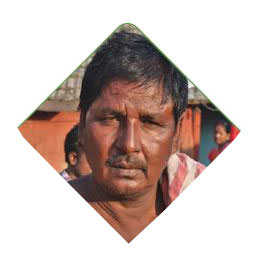 The Korua or Korwa are numerically a small Kolarian tribe of Odisha. The name Korua or Korwa has been derived from a tree called Kodera or from the word Dodawas, meaning earth diggers. In Odisha they are notified under the nomenclature Korua. They are divided into two territorial endogamous groups i.e. Pahariya Korua and Bihariya Korua. These groups are again divided into various totemistic septs (Gotar) like Edge, Hansda & Kachmi etc. Korua familiy is mostly nuclear, patrilocal, patrilineal and patripotestal. Inheritance of paternal property follows the rule of equigeniture in male line only. Monogamy is very common. Marriage through negotiation is regarded as prestigious. The other modes of marriages are by elopement, by exchange (Adala-badal), Dhuka (Intrusion), Gharjamai (Service) etc. Junior levirate, sororate, remarriage of widows, widowers and divorcees are allowed in their society. Payment of bride price is in vogue. They observe birth pollution for six days. On the sixth day they observe purificatory rites - Chhati and the child is tonsured. They bury the dead and death pollution continues for ten days. They worship the sun, Dhartimai or mother earth, Mahadev, the river, forest, birds, etc. Their sacred specialist is the baiga and his assistant is called dewar. 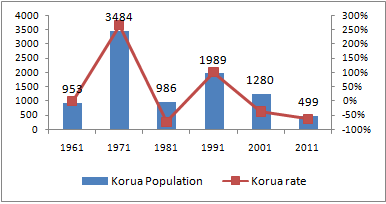 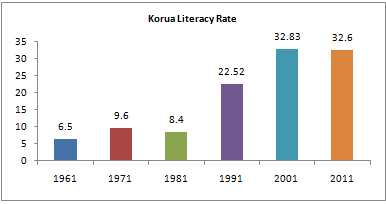