KONDA DORA is a small Dravidian speaking tribe of southern Odisha. In local language Konda Dora (Konda - hills and Dora - Chief) means “Lords of the hills”. They have ethnic affinity with the Kandha tribe. The tribe according to Thurston (1909: 351) has two broad divisions viz - Pedda (big) and Chinna (small). The Pedda is the traditional group while Chinna is the Teluguised section of the tribe. They are divided into a number of exogamous totemistic septs such as, Sodalu (ragi), Bidikolu (earthen vessel), Palakolu, Boralu (Cobra), Koku (cow), Kotra (wild goat). In their society, though polygyny and child marriages are not prohibited, adult marriage and monogamy are commonly practised. Cross cousin marriages are preferred and parallel cousin marriages are strictly prohibited. The most prestigious type of marriage is by negotiation (Unigulu Purugulu Peli). There are other options for marriage such as by elopement (udulia), by capture (Jhika), exchange (Konda Marpu) by service (illarikam), junior levirate, and junior sororate. Payment of bride price (Chintam biyam) is in vogue in all types of marriages. Divorce is permitted with the approval of their traditional council (Kulam Panchayat). Among them family is predominantly nuclear patrilineal and patrilocal. They observe seven days for birth pollution. Persons dying a natural death are cremated. In case of unnatural deaths, burial is done. After observing the death pollution for three days, they observe purificatory rites on the fourth day. The village deities are worshipped by their priest, Pujari. They have their traditional village council (Kulam Panchayat) headed by a Kula Peda who is assisted by a bearer-cum-messenger called Pillipudamari. They also have inter-village community council - Jati Panchayat headed by a Jati Peda. These councils deal with their customary affairs in their respective jurisdictions. 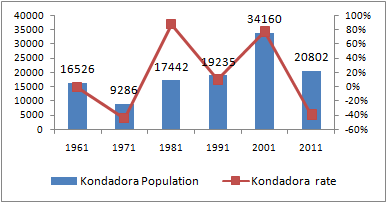 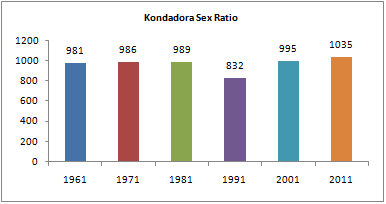 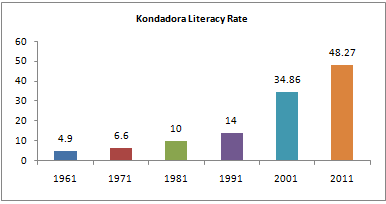