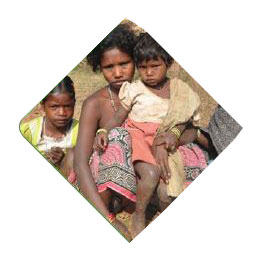 The Koli and Malhar though notified together as ST in Odisha are ethnically two different tribes. Malhars are a nomadic tribe in Odisha whose main occupation is collection of honey and Koli are a class of weavers. The social status of the Koli is much higher than the other tribal communities in Odisha. Their dress and ornaments are just like those of the neighbouring peoples. They follow the neighbouring caste customs in the events of life. They enjoy the status of a clean caste and as such are served by Brahman priest, barber and washerman. They live in uniclan and homogenous settlements. The community is divided into different exogamous totemic septs. Their family is mostly nuclear, patrilocal and patrilineal. Family is predominantly monogamous, and marriage by negotiation is commonly practised. Crosscousin marriage, junior levirate, junior sororate, remarriage of widows and widowers are socially permitted. No bride price is paid. The remarriage of widows and widowers is allowed. The most important village deity is Thakurani, who is worshipped on Makara Sankranti day. The presiding deity of each household is called Ista Debata or Isana. They observe birth pollution for a period of nine days. The Malhar are a semi nomadic community who subsist on the collection of forest products, which mainly include wild roots and fruits. They are bi-lingual and are well versed with the local tongues, Odia and Sadri. The Malhars are named after their deity Malharideo and are also called Panbhari, which means water carrier. Malhar settlements are always homogeneous and are located near foot hills or hill slopes amidst deep forest. Malhar houses are arranged in linear pattern leaving space as village street. The Malhar is an endogamous community divided into two sub-groups such as baraghori/ badaghori and chhotghori. These sub-groups are sub-divided into four sections such as ghantar, khadar, khudka and dang. Each of these sections are again sub-divided into many clan (gotra) groups like bagh, nag, kachhap, barha, baansa, kerketta, toppo, kujur and tikur etc. Within the clan are various lineage groups (gusti / hardipaka) namely rajmaral, kuliar, chowdhuri, charmundi, tokoyar and nagpuria etc. Malhar family is nuclear, monogamous and patrilineal. They observe birth pollution for nine days. They practise both burial and cremation and observe death pollution for ten days. They worship many Hindu Gods and Goddesses along with their traditional deities and believe in many benevolent and malevolent spirits. Their traditional priest, Dehury officiates in socio-religious rites. Malhar have their own traditional community council to handle their customary matters. 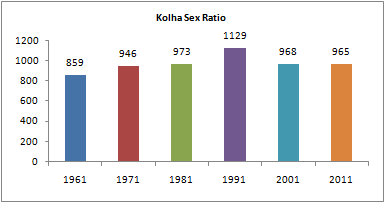 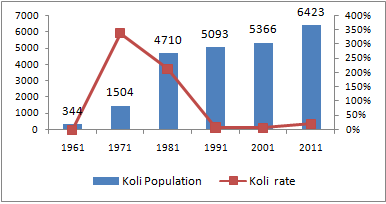 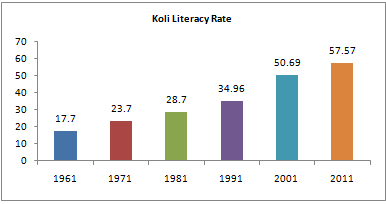