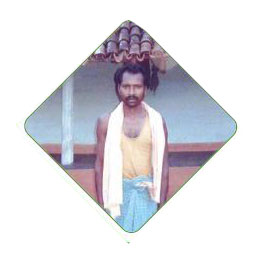 KOL LOHARA belongs to the ancient stock of Kolarian tribes who share a similar culture and language, and live in different localities with different names. They work as village black smiths in northwestern Odisha. The term Lohra is derived from loha, meaning iron. They prefer to identify themselves as Munda-Lohra, considered more prestigious. They are divided into a number of exogamous and totemic clans, namely, Tudkar, Hansdawar, Golwr, Bandwar, etc. Clan is called killi. Pregnancy is a welcome event in Kollohara household. On the ninth day of birth they observe chautkate, the first hair cutting ceremony. The twenty-first day ceremony, (ekosia) is observed to name the newborn. Puberty rites are held for girls after seven days of pollution and seclusion. The Kol lohara society allows cross-cousin marriage, junior levirate and sororate. Marriage by elopement, exchange, intrusion and by service are prevalent among them. Marriage by negotiation involving the parents and relatives on both the sides with full payment of bride price (ganang) is considered ideal and prestigious. Bride price comprises of cash, few heads of livestock, some measures of rice and some pieces of clothes as negotiated between both the parties. Monogamy is the common practice. Divorce is socially permitted. They bury the dead and observe death pollution for ten days. On the tenth day purificatory rites are performed. They pay homage to the famous Kichakeswari temple at Khiching in Mayurbhanj district. As the inhabitants of multi-ethnic villages they come under the jurisdiction of traditional village panchayat and obey its decisions. 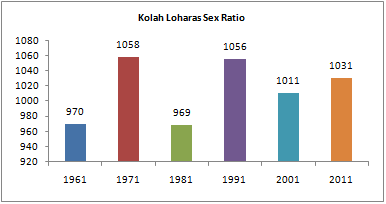 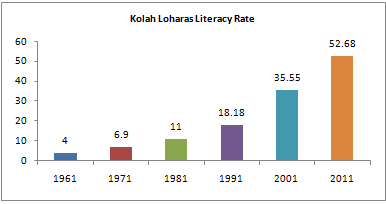