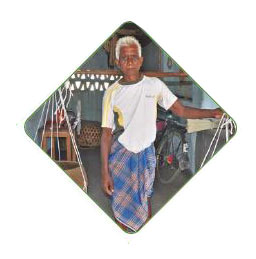 Their legend states that they came to Palamau from Khari Jhar, and hence came to be known as Kharwar. In Odisha, the Kharwar are also known as Lulukidihi. The community is divided into six endogamous sub-groups., i.e. Suryabansi, Daulatbandi, Parbandi, Kheri / Chero, Bhogati / Ganju and Manjhia, which is again divided into a number of totemistic exogamous clans (Kili) like Nag, Aiyen, Karketta, Kachchap and Parasai etc. Family is mostly nuclear, patrilocal and patrilineal and inheritance of paternal property follows the rule of primogeniture in male line only. Monogamy is the general form of marriage. Acquiring spouses through negotiation is ideal. The other modes of marriages are through exchange, courtship and intrusion. Junior levirate, sororate and re-marriage of widow, widower and divocee are permitted in their society. Payment of bride price (Dali-paisa) is prevalent. They observe birth pollution for six days. They practise both cremation and burial to dispose of their dead and the death pollution continues for ten days. They have their own traditional community council both at village level (Baithaki) and at regional level called Chata to deal with their customary norms and traditions. Their traditional priest Baiga is either from their own community or from Munda who officiates over their major festivals like Sarhul, Karma and propiates the benevolent and malevolent spirits. 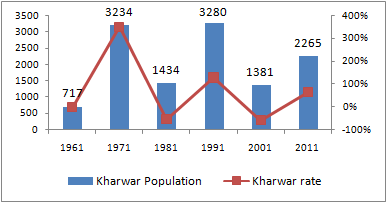 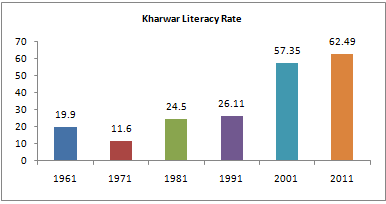