They are also called Tanla Gauda. The name ‘Kandha Gauda’ comes from the community’s traditional occupation of herding the cattle of the Kandha tribe. For their services, the Kandha masters provide them cooked food twice in a day and make annual payment (bartan) in shape of paddy per annum per cow. In addition to that, they also receive payment in shape of various seasonal crops form their Kandha masters during harvest season for the maintenance of the patron and client relationship. Besides, cattle herding, they also take up forest collection, wage earning, leaf plate making and mat-making done by their women. In multi-caste villages the Kandha Gauda hamlets lie adjacent to the Kandha hamlet and the housing pattern of both the communities are similar. The community is divided into several exogamous lineage groups i.e. Pradhan, Behera, Nayak, and Boi etc. Monogamy is the common rule. They consider marriage through negotiation as prestigious. The other modes of acquiring a life partner is through capture, elopement, purchase etc. Junior levirate, sororate, remarriage of widows and widowers are permitted in their society. Their family is nuclear, patrilocal and patrilineal. Inheritance of paternal property follows the rule of equigeniture in male line only. They observe post delivery pollution for ten days, and there after perform the name giving ceremony. The dead are either cremated or buried and death pollution is observed for eleven days. Baral Devi is their patron deity who is worshipped communally in the month of Phagun (March). Badi Debata represented by a Kendu stick provided by their Kandha masters, is another important deity worshipped during Gotha Puja festival held in the month of Pausa in which the Kandhas also participate. They have their own magico-religious functionaries like Jani, Dehuri and Guru etc to conduct their ritual activities. Their traditional caste council called Jati Mahasabha composed of Kandha Gauda villages headed by the chief called Bisoi to handle their customary affairs. 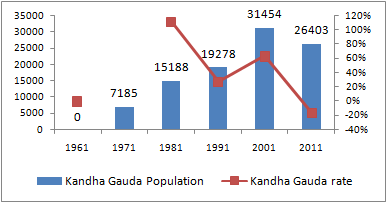 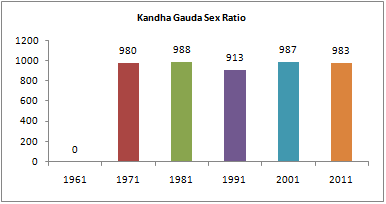 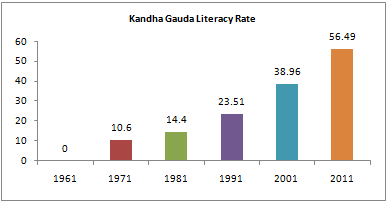