The term Bhumij means, one who is born from the soil. Bhumij society is divided into four endogamous groups like Tamudia or Tamaria Bhumij, Haldipokhoria Bhumij, Teli Bhumij and Desi or Dehuri Bhumij. The Desua Bhumij is an acculturated section of Bhumij Tribe. They are endogamous and do not marry outside their group. They possess many tribal characteristics and live in separate wards maintaining their cultural identity as well as social distance from other communities. No windows are seen in the house of Bhumij. Bhumija family is nuclear, patrilineal, patripotestal. The tribe is divided into a number of exogamous, totemic and agnatic descent groups called Killi (clan). The clan system regulates marriage and adult marriages are in vogue. Marriage by capture, service and intrusion, levirate and sororate types of marriage are prevalent. They cremate the dead, except for those below twelve years of age, who are buried. The mourning period lasts for 10 days. They have their own tribal priest, Dehury, to officiate in marriage, birth, death and other rituals. They conduct animal sacrifices to appease their deities and spirits, worship village deities in the ‘sacred grove’ and believe in the efficacy of magic and witchcraft. 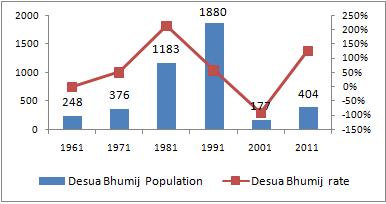 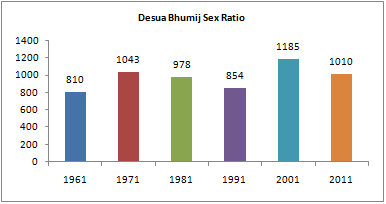 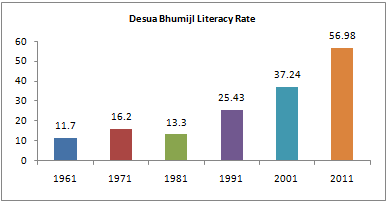