The Dal is a minor tribe. They have a legend to claim that by the divine wish of Lord Jagannath of Puri, a section of them have taken up priesthood in Harishankar temple in Bolangir district and in some other Hindu temples. Hence, the Hindu castes treat them like a clean caste. The tribe has six exogamous septs named Bhoi, Majhi, Jhankar, Bisal, Malik and Jani. Within the septs there are lineages (Bench) bearing names resembling those of the Kandha. The priestly groups among them using the surname Pujari are considered superior to other groups. In their society though vertically extended families are preferred, nuclear families are common. They prefer monogamy. In selection of mates preference is given to cross-cousins. Marriage by negotiation is highly valued. The custom of bride-price is in vogue. Divorce is socially permitted for marital incompatibility. They observe birth pollution for a period of six days. They either bury or cremate the dead and observe mourning and pollution for ten days. Purificatory rites are held on the 3rd and the 10th day. They worship Gangadevi, Kali, Rama, Laxmi, Durga, Siva, Mauli and Dharni. Retaining the tribal traditions they worship ancestral spirits and household deities, sacrifice animals and offer country liquors in rituals to appease their deities. They also have their own priest Jhankar to officiate in all kinds of rituals. 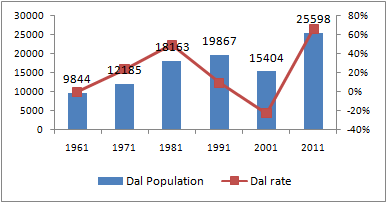 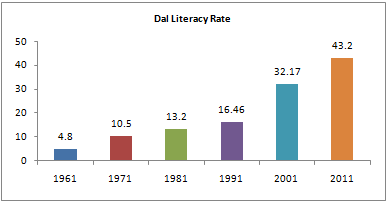 Religion : Animism with admixture of Hinduism

Asadhakhai
Month: Ashadh    (Jun-Jul)
Description: Communal worship at village and then at forest

Penchhada Puja
Description: Brahmin worship under a Tulsi plant in the middle of village