Other Distinct Socio-Cultural Features : The etymological meaning of the word ‘Binjhal’ is (Bin +Jhal) ‘without sweat’. The Binjhals claim that they can do very hard work by the sweat of their brow. Some of the Binjhals say that, their name is derived from Bindhyabasini, their tutelary deity. They have a legend regarding their migration to Odisha from central India. The Binjhal settlements are generally small in size and have linear patterns. Their dwelling houses have two small rooms with verandahs in the front and the back. The tribe is divided into a number of exogamous divisions called Vansas. Some of their Vansa (clan) names are Amri, Nag, Khusal, Duguke, Kamati, Mahaiinga, Bagha, Marthi Endja, Bentakar etc. The main function of Vansa is to regulate marriage. The clans break up into agnatic lineages like Surya Bansi, Nag Bansi, Hillchip, Chauhan and Rajput. They use surnames like Lartha, Endja, Mullick, Negi, Lahar, Samni, Kharsel and Majhi. Their families are nuclear, patrilocal and patrilineal. Inheritance and succession go along the male line. Birth pollution continues for seven days. They prefer adult marriages, monogamy, and select spouses by negotiation, service, intrusion, and capture. They allow cross-cousin marriage, junior levirate and sororate and remarriage of widows, widowers and divorcees. They also sanction divorce on grounds of maladjustment, cruelty and adultery. They bury the dead and observe mortuary pollution for ten days. They worship Hindu gods along with a number of natural spirits. Goddess Vindhya Basini is their supreme deity. They have no formal traditional village council. Usually the elderly villagers deal with the problems that affect their social life. 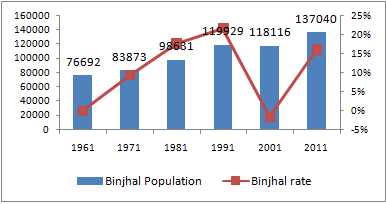 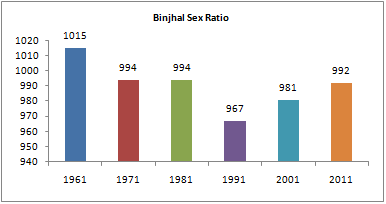 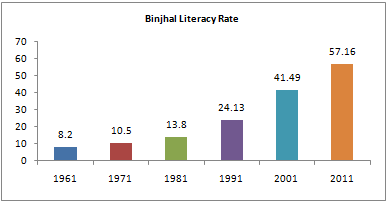