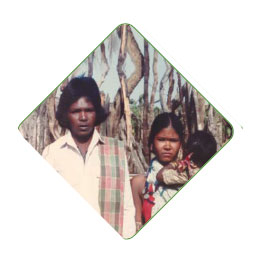 The Bhunjias are divided into two main sections like Chuktia and Chinda Bhunjia. While the Chuktias or the highlanders living in the Sonabera plateau of Nuapada district represent the traditional section at one end the Chindas stand for the advanced section of the tribe at the other end of the folk-peasant continuum. The Chuktias claim a higher social status than the other sections of the tribe as they consider themselves ritually more pure than the latter on the ground that they observe all social customs and follow all ritual practices, which are the characteristics of the tribe. The tribe is divided into two exogamous moieties, Netam and Markam. Each moiety is sub-divided into a number of barges, and each barge has a specific designation. The Netam moiety has as many as ten barges, and the Markam moiety has nine. A Bhunjia family is nuclear, patrilocal, patrilineal and patriarchal. Cross-cousin marriage is common. The Bhunjia mostly practice monogamy. Marriage by exchange and elopement are prevalent among them. They also practice levirate and sororate types of marriage. They do not have the custom of bride price. Their main and original supreme deity is known as Sunadei. In addition, each barge has a specific deity, and the name of the barge is based on the worship of that deity. 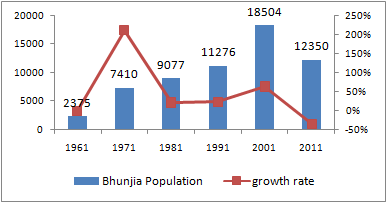 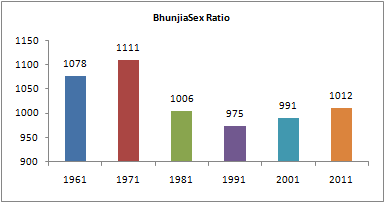