Etymologically the term ‘Bhumij’ means one who is born from the soil. The Bhumijas being the earlier settlers were in possession of land. They are settled agriculturists. The tribe is mainly divided into four endogamous groups like Tamudia or Tamaria Bhumij, Haldipokhoria Bhumij, Teli Bhumij and Desi or Dehuri Bhumij. Each section of these groups consists of a number of exogamous totemic sub-groups called killi. The Bhumija family is nuclear, patrilineal and patripotestal. Descent and inheritance are traced through the father’s side. The clan system regulates marriage and adult marriages are in vogue. The most common means of acquiring a bride is through negotiation and payment of bride price. Marriage by capture, service and intrusion are prevalent. Levirate and sororate types of marriage are also prevalent. Sanga Baha or widow remarriage and cross-cousin marriages are in vogue. Birth pollution is observed for 9 days. They cremate the dead but those below twelve years of age are buried. The headman is called the Sardar. In all cases of violation of social rules, the Sardar convenes a meeting of the elders, who enquire into the dispute, hear the necessary evidence and punish the delinquents. They revere the Sun God under the name of Sing Bonga and Dharam, both of them being considered to be their supreme deities. They also worship a host of minor gods and spirits such as Jahir Buru, worshipped in the sacred grove of the village (jahirthan); Karakata, another female deity responsible for bumper crops; Baghut, a male deity responsible for warding off animals and protecting crops; Gram Deota and Deoshali, gods of village life, who ward off sickness and watch over the supply of drinking water and irrigation of the crops; Buru, a mountain deity, etc. 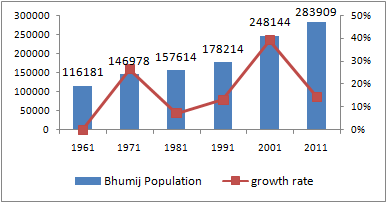 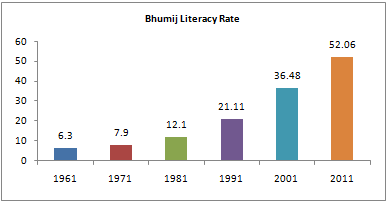 Festivals :
Karama
Month: Bhadrab (Aug-Sep)
Desc: Naya / Dehuri performs the ritual for prosperity of the village. For well-being of the village