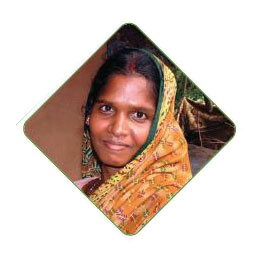 Other Distinct Socio-Cultural Features : The Bathudi are one of the highly Hinduised tribes of Odisha. According to the Census Report for Mayurbhanj State 1931, the Bathudis originally belonged to Batuligarh in Dudh. Subsequently they migrated following the course of the river Godavari in Deccan. In another Census report it has been mentioned that the forefathers of the Bathudis migrated from Bakua in the Similipal hills. Their settlements are generally uniclan and homogenous. In multi-ethnic villages they live in separate hamlets maintaining their cultural identity. Bathudis observe local Hindu festivals and worship Hindu deities along with other tribal deities including the deities of Sarna - the sacred grove. Their traditional priest is Dehury. Family is nuclear, patrilocal and patrilineal. The community is divided into several exogamous septs (Gotra or Khili), viz. Saluka (wood husking) Kusmardia (wild grass), Nag (serpent), Thariyar (a wild fruit), Panipuk (water insect), Sankhiyar (conch), Dhanphul (paddy flower) and Parasar, Sailya, Kashyap, Bharadwaja, etc. Marriages are monogamous though there are few cases of polygyny in their society. Marriage through negotiation is commonly practised and bride price both in cash and kind is given to the brides' parents before marriage. Other modes of acquiring mates such as by service and by capture have become rare. Marriage of widows, widowers, divorcees, junior levirate and sororate are permissible, but cross cousin marriage is tabooed. The Bathudi practise both cremation and burial for the dead. The death pollution continues for ten days. The Bathudi have their own community council (Jati Samaj) headed by a hereditary chief called Desh Pradhan in Mayurbhanj and Mahanaik in Keonjhar to deal with their community matters. At the village level Pradhan is the secular chief and his associates, Desh Chatia, Dakua and Chowkia manage the communal affairs 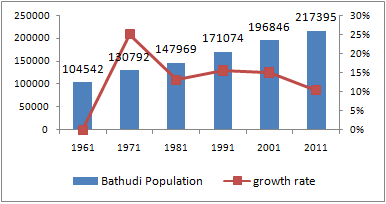 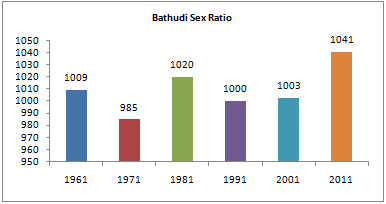 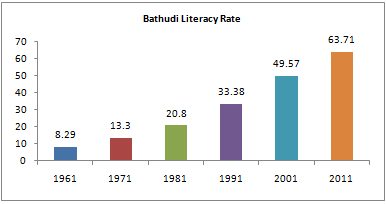