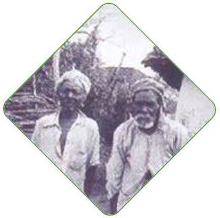 The Baiga has synonyms like Bhumiraja and Bhumijana meaning "lords of the soil or son of the soil". Baiga settlements are uniclan and homogeneous. Family is nuclear, patrilocal and patrilineal. Inheritance follows the rule of male equigeniture. The community is divided into ten endogamous groups and two territorial sub-groups viz, Garh and Goti which are further sub-divided into various totemistic exogamous septs. Family is traditionally monogamous. They prefer cross-cousin marriage. Marriage by service and elopement are also in vogue. Remarriage of widow, widowers, junior levirate and sororate are socially permitted. They practice burial for the dead. They have their own traditional community panchayat headed by Patel / Gountia. Baiga women are distinguished for their picturesque decorative tattoo marks. 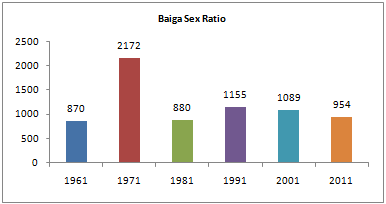 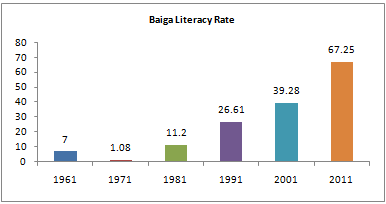