Numerically a small tribal community, the Bagatas cite the historic origin of their community name as the devoted warriors (Bhaktas) of the then rulers. Because of their occupational diversification at a later period, now, they identify themselves as one of the Telegu fresh water fishermen communities. As such, they have a very good socio-cultural interaction with the Odia fisher folks. They are segmented in to two sects i.e., Vaishnavites and Saivites. The former group cremates the dead and the latter follows burial practice. The community is divided into several exogamous clans (bansa) like, Hatiyar (elephant), Belhar (monkey), Samudia, Bamia, Tiruar (bird), Sarnia (flute), Chuniar and Kuardar. They use clan names as their surnames. Nuclear families are commonly found in their society. They prefer cross-cousin marriage and consider marriage by negotiation as the ideal type of matrimony. Acquiring of mates by elopement is also observed in some cases. Their society also permits junior levirate and sororate, sororal polygyny, widow remarriage and divorce. The institution of bride price (oli) which was in vogue in the past is slowly giving way to dowry due to culture contact with the neighbouring Hindu castes. They are very much community oriented and custom bound who faithfully obey the culturally established norms to maintain social harmony. During their leisure time they enjoy their life by performance of traditional dance and songs in different festivals and the marriage ceremony. Both men and women take part in Karma folk dance and songs. As a small tribal group, the Bagatas have preserved their cultural identity. 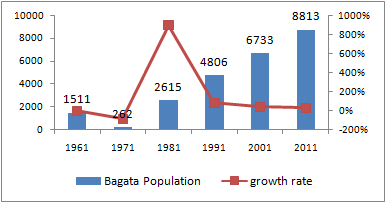 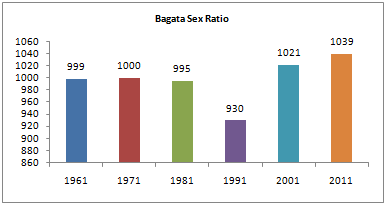 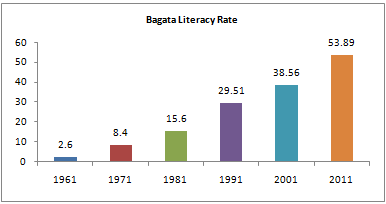