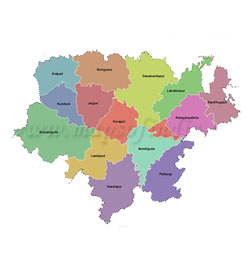 Koraput ITDP was established in the year 1974-75 under TSP Guidelines which was registered as ITDA in the year 1979 under the Societies Registration Act, 1860 (Government Notification No.5731/T & R.W.Dated 23.03.1979. The Jurisdiction of the ITDA, Koraput comprises of 9 Blocks namely Dasmantapur, Laxmipur, Bandhugaon, Narayanpatna, Pottangi, Semiliguda, Koraput, Lamataput & Nandapur, 130 GPs and 1277 villages. It’s boundary spreads over Nawrangpur and Rayagada in the East, Malkangiri in the West, Andhra Pradesh in the South. The ITDA is situated 810.27” North Latitude and 840.10” East Longitude. The geographical division is divided into regions i.e. Eastern regions which has high hills and the Western regions comparatively plain area. The west of Gariavally Plateau is generally slopping towards North. Koraput coinciding the whole ITDA area and has Historical importance & Tourist Interest are Bandhugaon, famous for Agnigamgama festival, Koraput is famous for second Sabarmati, Machhakund water fall or Duduma is famous for Matsya Tirtha, Narayanpatna is famous for Gadachandi & Swami Jagannath. The ITDA area is crisscrossed by Bansadhara, Nagavali, Kolab, Machhakund, Gundari and the Poteru vega important rivers. 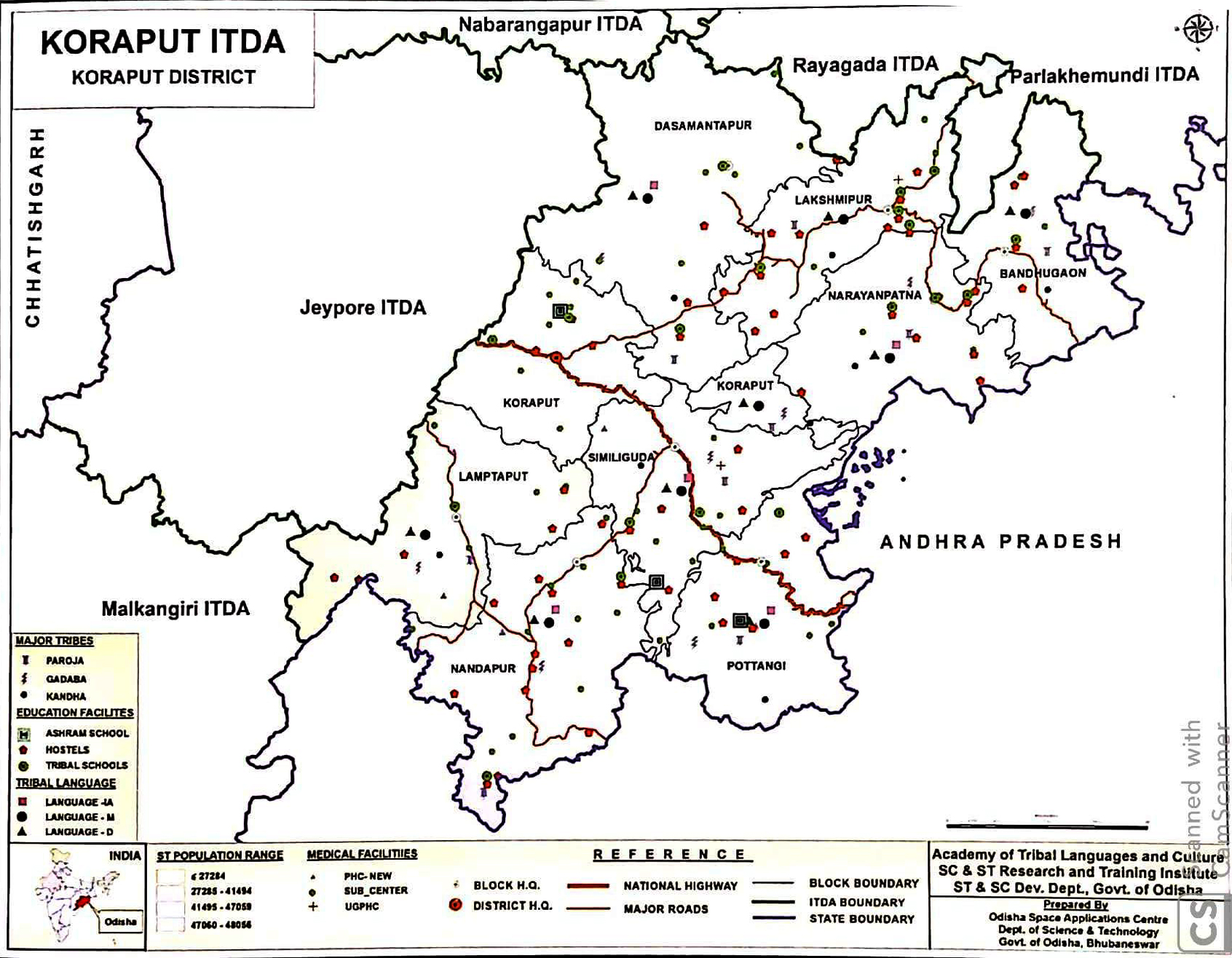 The total geographical area of the ITDA is 3710.18 sq.kms. The total forest area of the ITDA is about 175.25 sq.km. The Maximum temperature of the area ranges from 420 C and the minimum temperature recorded at 90 C. The soil type of the area is fine silt alluvial and Red lateritic soil. The major crops grown in the ITDA area are paddy, ragi, til, mustard, oil seeds & vegetables.

Districtwise targets and Achievements of SDC