The Ho is a Kolarian tribe belonging to the same stock of Munda, Kol and Kol-Lohara. The word ‘Ho’ has most probably been derived from the word horo, which in their language means ‘man’, and the word might have assumed different forms like Koro, Kolo, etc. in course of time. The Ho generally live in separate hamlets in multi-ethnic villages. Large tombstones commemorating the ancestors lie at different places in the village. Other landmarks of a typical HO settlement are Akhara, the dancing arena at the centre of the village and Sarna - the sacred grove for important village deities at the outskirts. The kitchen is a sacred place where ading, the seat of their ancestors lies. Tattooing is a popular fashion among women. They are divided into several exogamous, totemic clans called Killi. They follow the rule of village exogamy. The types of marriage common among them are andi and its present variation, dikundi i.e., negotiated marriages. Besides, they acquire mates by capture, elopement, and intrusion. They prefer cross cousin marriage. The Ho generally cremate the dead and bury those who meet with unnatural death. Sing Bonga - the Sun God and the creator of universe is their supreme God. Their village deity, Dessauli resides in the sarna- the sacred grove near the settlements. They are recognised as skilled earth diggers. They also have expertise in basketry and rope making. 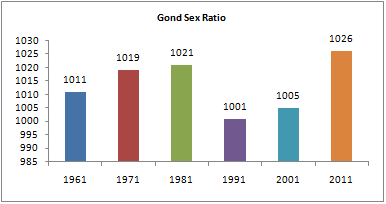 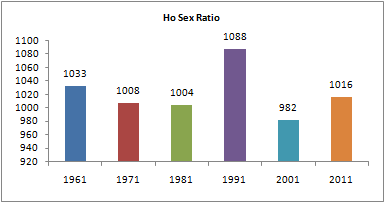 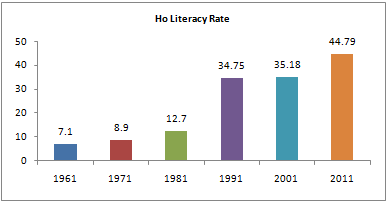