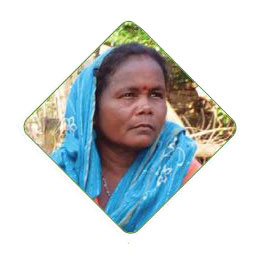 The name ‘Bhuyan’ may be derived from the Sanskrit word ‘Bhumi’, meaning land or earth. The tribe is also called variously as Bhuiya, Bhuiyan and Bhuinya. The tribe can be classified into two groups according to their levels of socio-cultural and economic development such as the Hill Bhuyans and the Plains Bhuyans. While the former live with an archaic mode of life in a condition of backwardness, the latter are undergoing a stage of acculturation under the influence of Hindu way of life led by their caste neighbours. The Bhuyan hamlets or villages are situated either on plateau land on the hilltops or else on the hill slopes in the middle of the forest. The villages are generally small in size and contain a homogeneous Bhuyan population. The Bhuyan family is mostly nuclear. The smallest social unit is the lineage or “Kutumba” formed by a group of families with blood relations and several agnatic kutumbas constitute an exogamous khilli or bonso (clan). All the members of a khilli are believed to be descended from a common ancestor. The next biggest unit is the village, which may comprise the members of one or several khillis. In the past the Bhuyan villages were homogenous and all the households in a village were related to one another by blood; therefore intra-village marriage was forbidden. Marriages by elopement, by capture (Ghichha), by love and by negotiation are the different modes of marriage. Death pollution is observed for two to three days. At the end of it, the villagers are given a feast by the bereaved family. The Bhuyans rever Dharam Devata (Sun God) and Basukimata (Earth Goddess) as their supreme deities. In every Bhuyan village there is a traditional panchayat which meets at the darbar (community center) whenever required. The village headman or pradhan presides over the panchayat. A group of villages form a confederation called a pirha. The panchayat at this level is called the pirha panchayat, and the secular headman who presides over it is called the sardar. These councils handle their community affairs. 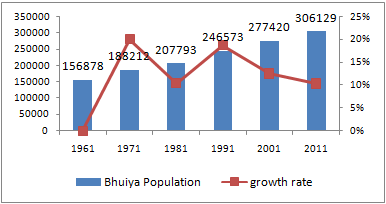 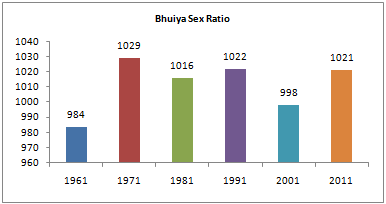 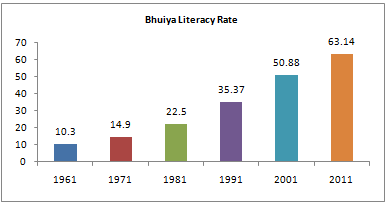